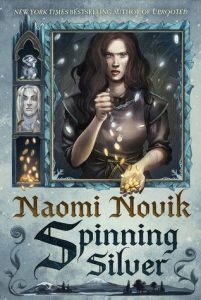 I am often bothered by the classist nature of the worldbuilding in fantasy novels. The default government is the monarchy. Aristocracy is rampant. Protagonists are often princes, nobles, come from a long line of whatevers, or otherwise part of the power structures of society.

Even when a protagonist starts as humble farmboy/girl (or orphan, beggar, or other marginalized folk), they are drawn to sociopolitical power by their inescapable destiny or their newly discovered abilities. These protagonists almost always rise above their station, and become part of the elites that rule society (whether this happens through revolution or assimilation).

These peasant-to-lauded-hero arc often undermines the overt message of the story–that talent and human achievement can come from anywhere, peasant or king. If the protagonist now spends all of their time amongst the elites, it sends the message that that was their place all along–that the truly special deserve to be elevated above the rest of us.

There are plenty of counterexamples, and I think fantasy in general is moving away from these sorts of worldbuilding decisions. Even so, their prevalence means that when a book does something different, I get really excited. (I’m going to be posting about a lot of these counter examples–including The Sharing Knife series by Lois McMaster Bujold)

This is why I loved the character Wanda from Naomi Novik’s Spinner Silver. She is a peasant; strong and uneducated (though her POV chapters make it clear she is very intelligent). Her arc in the story has her surviving her mother’s death, escaping the abusive shadow of her drunkard father, learning to read, and becoming the caretaker and provider for her family.

She is not overshadowed at all by the other two protagonists (Miryem the moneylender, and Irina the queen) even though she lacks their supernatural abilities/curses. On the contrary, Naomi Novik does an amazing job of giving Wanda her own (mundane) power: her physical strength, determination, and intelligence, and her care for her brothers.

By the end of the story, she has achieved independence and is materially much better off than at the start–but she is still a peasant. The other two protagonists are elevated above their station–becoming queens–in a process that distances them from the people they care about. Yet Wanda remains–still a caretaker, still a peasant–but no less important or worthy of the reader’s love.

Wanda, you are cool, and I hope to read more protagonists like you in the future!

One Reply to “Fantasy Class Consciousness: What I Loved About Spinning Silver”